Hattiesburg, Mississippi – On Thursday, October 13, the City of Hattiesburg filed a request for arbitration with FEMA over decisions regarding Timberton Park Complex, which was damaged in the 2017 tornado that wreaked havoc throughout the eastern and southern parts of the city.

“We will continue to fight for what the City and our taxpayers are owed in regard to the destruction of Timberton Park during the 2017 tornado,” said Mayor Toby Barker. “We want a thriving park for the neighborhoods that were affected by the tornado, but we want them built to the standards to which they deserve. The FEMA process has continued to be difficult, and we believe that this is the next best step to pursue every dollar and resource available.”

The request for arbitration comes after receiving notice in August that an appeal sent to FEMA over insufficient funding obligations for Timberton Park was denied.

Barker added, “This has been a long, hard-fought battle. But it’s very important that we go after every dollar possible so that this park is restored to the investment it is worth. We believe the arbitration process is set up for situations just like this.

An arbitration request is a final step in FEMA’s appeal process, which is pursuant to the provisions of the Disaster Recovery Reform Act Section 1219, which amended Section 423(d) of the Stafford Act (42 U.S.S. 5189a).

The date of arbitration is assigned within six to eight weeks of filing. This process is conducted by the Civilian Board of Contract Appeals (CBCA), and it includes presenting before a 3-judge panel.

This process was also followed for Fire Station #2 which was also destroyed during the 2017 tornado. In July 2021 the CBCA ruled in favor of the City.

A timeline for Timberton Park Complex is as follows: 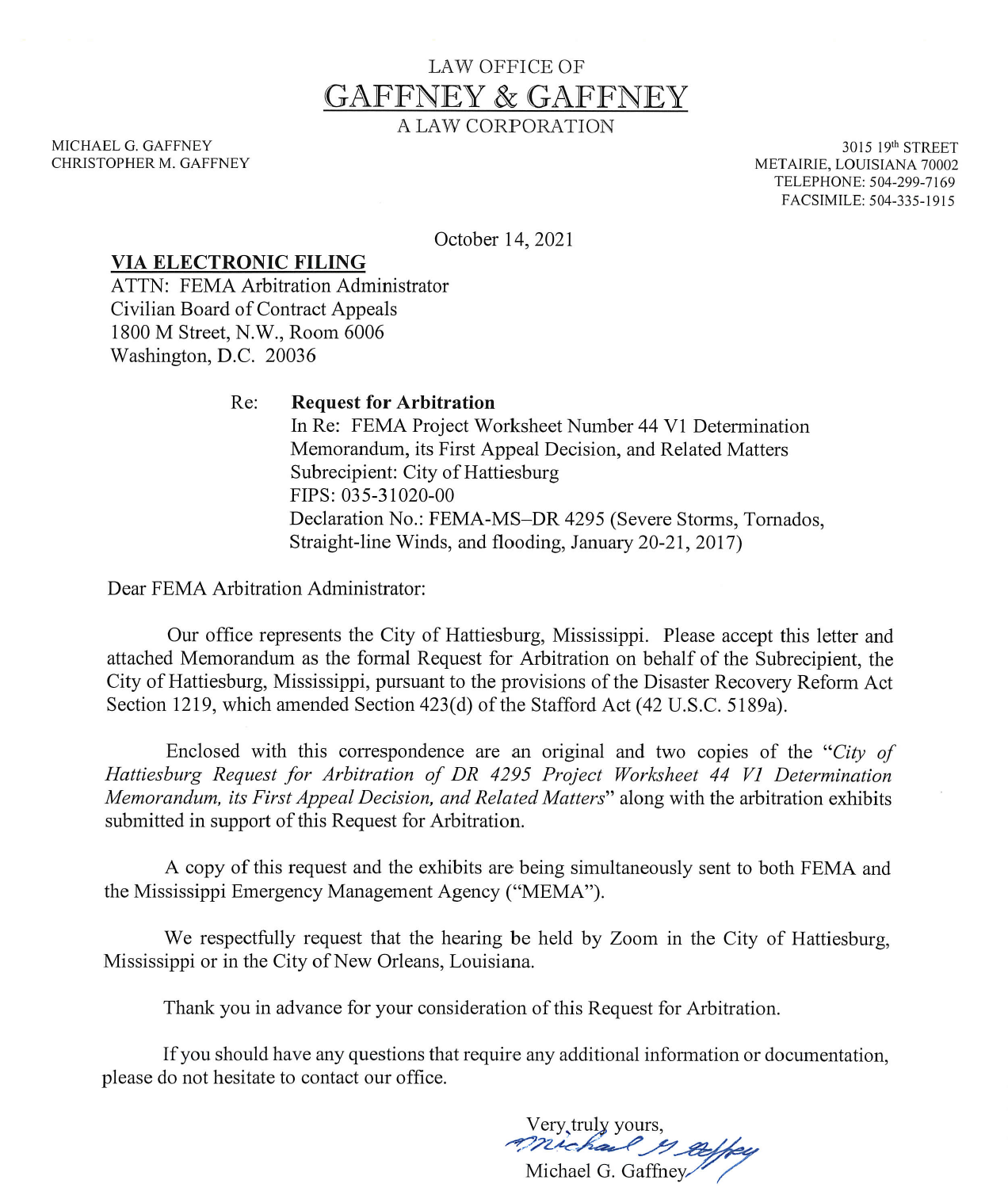