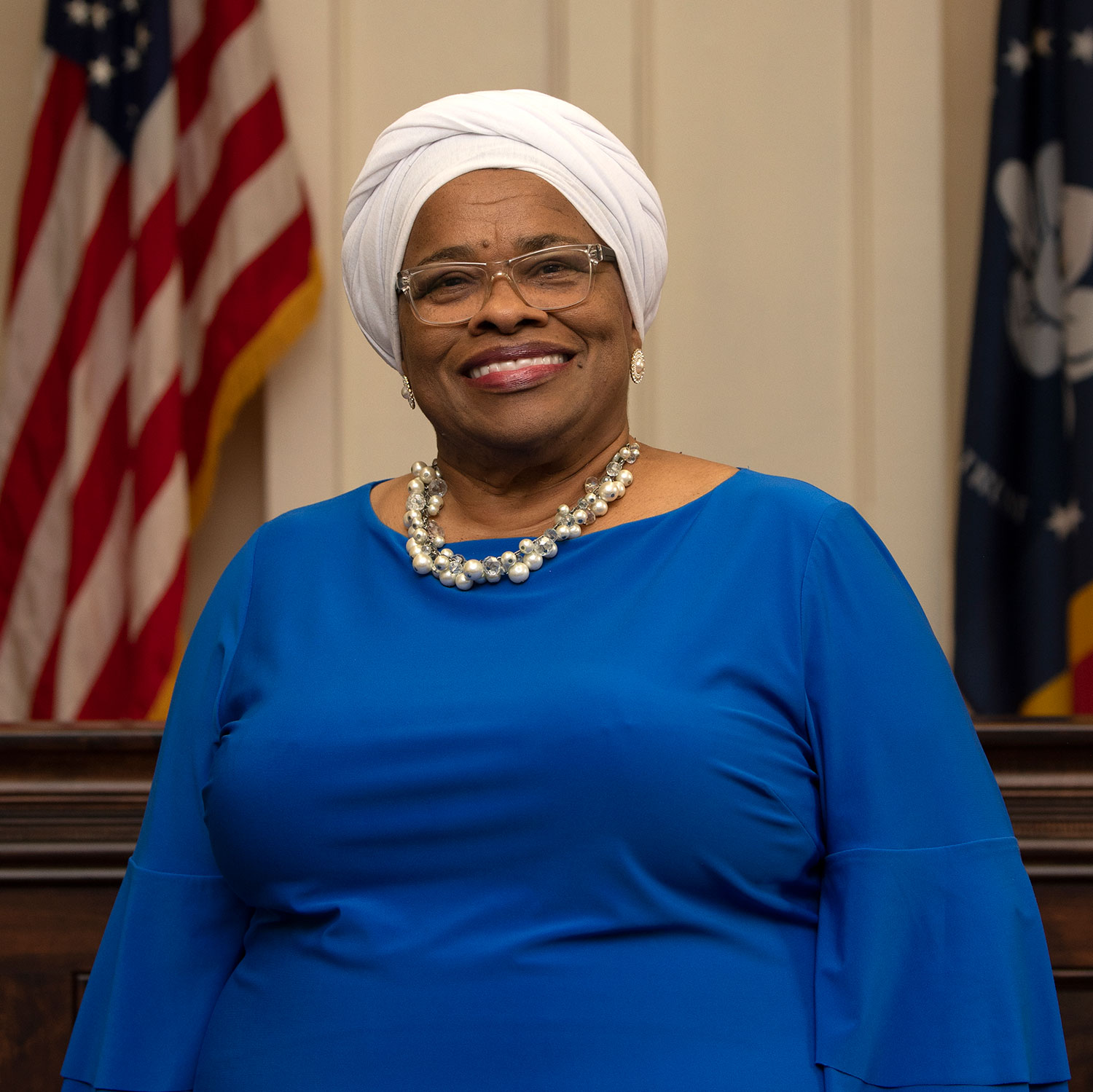 Deborah Denard Delgado is entering her sixth term on the City Council representing Ward Two.  The area comprises the eastern and northeastern parts of the City and borders the Leaf River and Bouie River; it is the site of the Urban Renewal Overlay District known as “Twin Forks Rising,” which was initiated by Councilwoman Delgado.

Councilwoman Delgado is the founder and chairperson of the Historic Mobile Street Renaissance Festival, now in its 16th year.  She is a member of the Advisory Council of the National League of Cities (NLC), and vice president for trade for the World Conference of Mayors. She has been an executive board member of the Mississippi Municipal League (MML), past president of both the MS Black Caucus of Local Elected Officials (MBC-LEO) and the National Black Caucus of Local Elected Officials (NBC-LEO).

Councilwoman Delgado holds a bachelor of arts degree in political science and a master of arts degree in history from Jackson State University and a juris doctorate from Texas Southern University. She is a member of Tabernacle of Prayer Church of God in Christ, Delta Sigma Theta Sorority and numerous other social and civic organizations. She is married to John Delgado and is the mother of two sons, Britton (Tangelina) and Zachary (Tenikka) and the grandmother of Dean Britton Loftin, Elle Britton Loftin and Emeka Joi Denard.

Twin Forks Rising is the redevelopment plan for Ward 2. The TFR Master Plan was devised as a way to improve Ward 2 holistically as it considers infrastructure, commercial
development and human capital. Below are links to access all three plans.