Hattiesburg, Mississippi – With standing room only, Hattiesburg officials spent the morning of Tuesday, September 27, 2022, cutting the ribbon on its world-class Public Safety Complex at the corner of Hall Avenue and Edwards Street.

“Today, we gather as one community to celebrate the opening of this public safety complex, encompassing a state-of-the-art police station and world-class municipal courtroom,” said Mayor Toby Barker. “Moreover, this building marks the culmination of more than a decade’s worth of sacrifice, work and belief that our men and women in uniform should have the best facility in the Gulf South.”

A project spanning a decade, this three-building, three-story facility is home to the Hattiesburg Police Department and Municipal Court. It houses offices and amenities for officers across all divisions, police administration, telecommunications (dispatch), records, a courtroom, court records and a community room that residents and organizations can use.

Barker added, “We believe in the simple truth that cities are what we make them. Coming together to build this complex is a testament to our drive and collective will to steer our community’s future toward one of safety and prosperity.”

With modern-day architectural notes, the 90,000-square-foot complex boasts forward-thinking advancements with state-of-the-art technology, but also pays honor to days of the past through its restoration of the original Methodist Hospital that encompasses the right side of the complex. This part of the facility was home to both the police department and municipal court program between 1982 and 2016 after Methodist Hospital vacated it in the early 1980s.

“This building is above any complex in the state of Mississippi. I know this because I have traveled throughout the state of Mississippi, seeing many law enforcement complexes. This is a great building to be proud of,” said Police Chief Peggy Sealy. “Many retirees will say that they never thought this day would come. Well, it came – and here it is.”

In addition to being outfitted for a growing and vision-forward police department, the wing of the building that houses the court program was built to match the world-class vision that was set by Barker in 2017.

“This facility will aid greatly in that mission,” said Judge Wes Curry. “The courtroom and facilities are truly state-of-the-art, with a courtroom that inspires respect for both the seriousness of its function and for all parties involved in its use. By the City investing in the court system this way, Hattiesburg proves it takes the rights of its citizens seriously and that equal treatment and protection of all is a priority.”

The idea of a new facility began as a discussion in the mid-2000s to address the necessary upgrades and needs of a growing department and court system.

At its start, then-Major Hardy Sims was assigned as the project manager for the police department. On Tuesday morning as Assistant Chief, he addressed the crowd with pride, “When I stop for a moment and look around this building, I can’t help but say ‘wow.’”

He added, “This is the first building since 1903 that this department has been able to call home from the ground up. Every other building has been shared with somebody else or leftover. I’m inspired by the opportunities this new facility will give us – state-of-the-art equipment throughout, and a building designed and built for our intended purpose.”

After many starts and stops, the City began making significant strides in financing through bond restoration and catching up on past audits under Barker’s administration in 2017. In 2018, the City completed the demolition of the old building and asbestos abatement for the Methodist Hospital wing.

In January 2019, construction work began on the infrastructure for water and sewer. After bids came in at a higher figure in January, the City’s administration worked with council members, the police department and contractors to look at areas for potential cost savings. This method included: 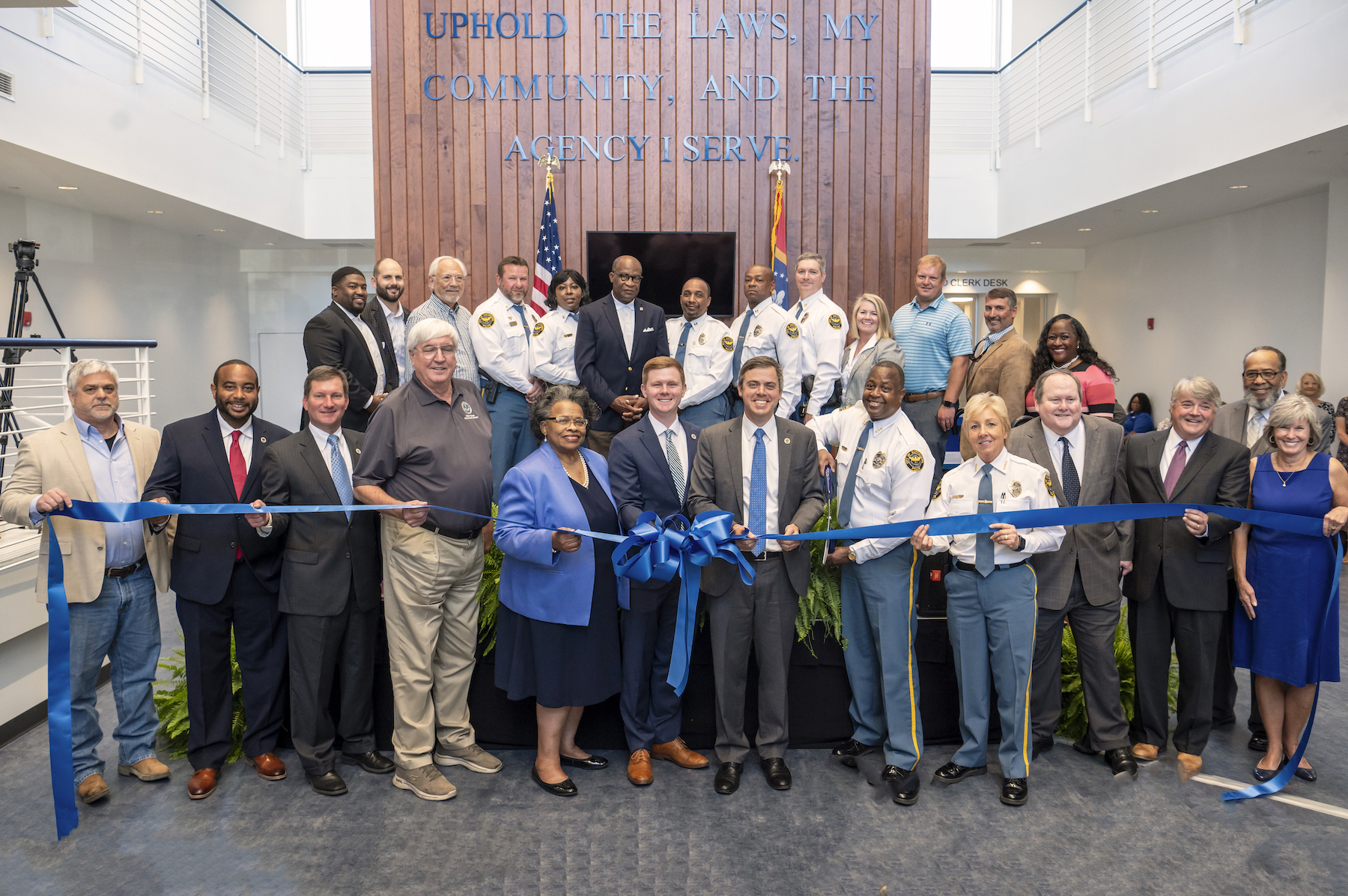